Update by the Olympic Committee of Israel

As the supreme body of Israeli Sport, the Olympic Committee of Israel plays a vital role in advancing gender equality, promoting performance excellence for women in Israeli sport, and the adaptation of programs and processes aimed at narrowing the gender gap in Israeli sports. To achieve this goal, we have worked tirelessly to pro-actively build a multi-year strategic program for 2020-2024.

Each year, with the approach of International Women’s Day, we at the NOC, do this by focusing a spotlight, during the whole month, on the challenges and achievements of women in sport and by also spreading the knowledge in gender issues through a variety of activities highlighting the Values of Olympism. These activities are carried out with the full participation of the other NOC Commissions as well as with our partners in Olympic Movement worldwide.

It is important to note here, that in January 2022 the NOC of Israel has established two leading commissions; the Marketing and Branding Commission, led by the NOC President Yael Arad and the Technology and Innovation Commission, led by Naor Barchel.

Following, is a brief review of the NOC key activities during March 2022:

Olympism in Action: On March 1, the NOC of Israel invited Prof. Eric Monnin, Vice President of University of Franche-Comté and the representative for Olympism of the Organizing Committee of Paris 2024 to be our special guest during his stay as a visitor of the French Embassy in Israel. During his visit, Prof. Monnin met with the NOC President Yael Arad and afterwards gave a lecture to the French speaking Olympic community in Israel and the world on the subject of Éducation olympique et la ville hôte de la XXXIIIe olympiade Paris 2024. Participants who joined online included members of Paris 2024 Organizing Committee, members of the International Olympic Academy, the Presidents and Directors of the NOAs and other stakeholders. The visit ended with an audio-visual tour at the Olympic Museum and a session with the NOC Head of Education Yarden Har Lev. Finally, Prof. Monnin summarized: “This is just the beginning of our cooperation with the Olympic Committee of Israel. We are now focusing on the Paris Olympics in 2024 and we plan to set up an Olympic Exhibition in Tel Aviv with the cooperation of the French Embassy in Israel”.

#MyFemaleChampion Campaign: On the occasion of International Women’s Day, which fell on March 8, the NOC of Israel launched the #MyFemaleChampion Campaign, in which we asked the Israeli Olympic athletes and stakeholders to choose an inspirational and groundbreaking woman champion who does NOT necessarily win medals for their activity, but deserves to. The empowering and video clips that were recorded by the Olympic athletes and stakeholders were uploaded to the NOC social media and had a great impact on the local community.

Olympic Seminar for Elite Female Athletes: On International Women’s Day the we also organized a seminar on the subject of the Health, Dietary and Gender Issues of Elite Female Athletes. Three lectures were given by experts in the field. Prof. Na’ama Constantini, Senior Sport Physician, lectured on the subject of Low energy availability (LEA) and its impact on the health and sporting achievement; Head of Education Yarden Har Lev, lectured on the subject of Milestones for Women’s Participation at the Olympic Games; and Dr. Einat Haikin, Senior Fertility Physician, spoke on How to Minimize the Effect of the Menstrual Cycle on Performance.

Directors Course: The third cycle of the NOC Directors Course for Senior Women Executives in Sport culminated with an additional 24 graduates, bringing the total to 74, that were certified by the Israeli Management Center. The aims of the program is to advance, develop and enhance sport management in Israel on the one hand, and to act as a catalyst for the integration of women in senior management roles, on the other. The features of the course include the full certification of Corporate Directors with an extension into the sports area, including selected chapters from the OS Sport Administration Manual. The course is run by the leading lecturers in their fields and is under the auspices of, and supported by Olympic Solidarity awarding the graduates IOC certification.

Directors Forum: This is a follow-up activity to the above Directors Course and is designed to establish a “Knowledge Pool Community” to support and empower women executives at a high professional level. This will be achieved by enrichment meetings in management and leadership, lectures and studies led by key persons in women’s sport, governance and business. In addition, the Forum serves to create an environment for shared experiences, mutual exchange and an arena for discussions, networking and problem solving. This initiative is run in cooperation with Athena – The Center for Promoting Women’s Sport in Israel.

Guidelines for Gender Balance in Events & Ceremonies: The aim of these guidelines is to prevent gender discrimination in the representation, visibility and participation of women in central sports events, conventions and official sports bodies in Israel. This includes ensuring the front-stage positioning of women in sport as well as establishing the required standards for their implementation. This Directive stems principally from the demands of the State Legislator, the Ministry of Culture & Sport and the Olympic Committee of Israel. These stipulate that the representation of women in Sport Associations Managements should stand at a minimum of 30% with the objective of reaching gender equality.

Gender Equality Report of the Olympic Committee of Israel for 2021: The publication of Situation Report spotlights the achievements and challenges in this area through the measurement and monitoring on the basis of 10 core criteria that the NOC defined in its Strategic Plan for Instilling Gender Equality 2020-2024. The results were published in NOC Scientific Journal on March 6 edited by the Chief Scientist Muli Epstein.

National Program for Coaches: In 2016 the NOC of Israel launched the Podium Program – a national program for male and female coaches. On March 3, the third cycle of the program started with a 33% participation of women. 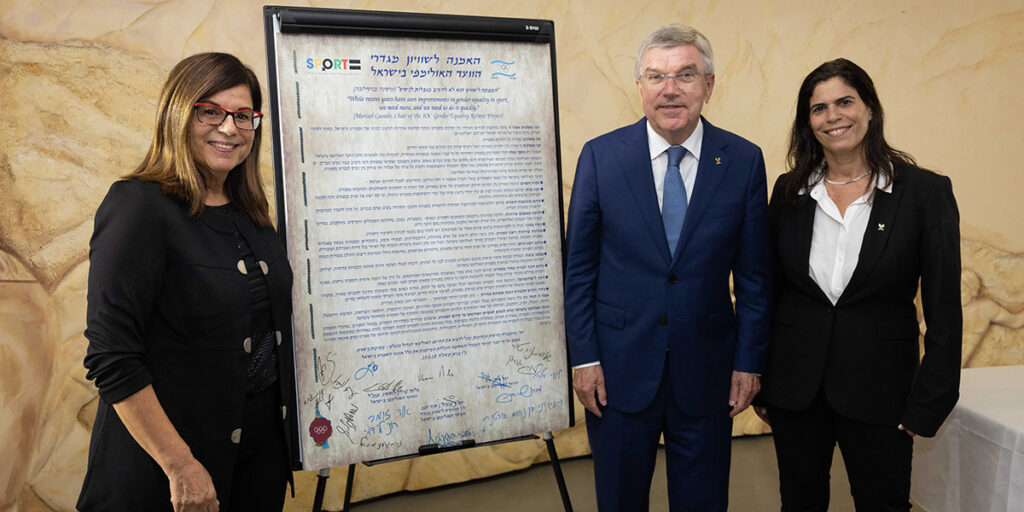 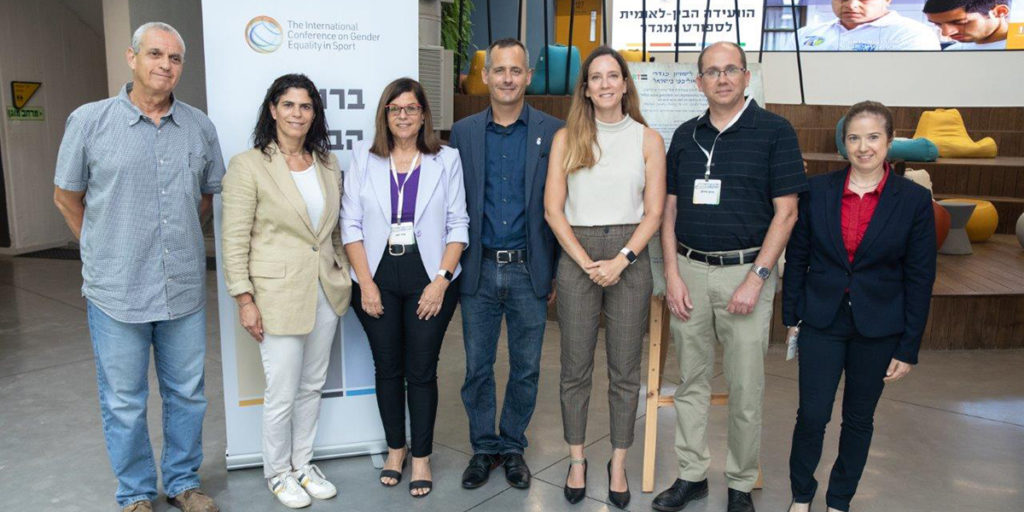 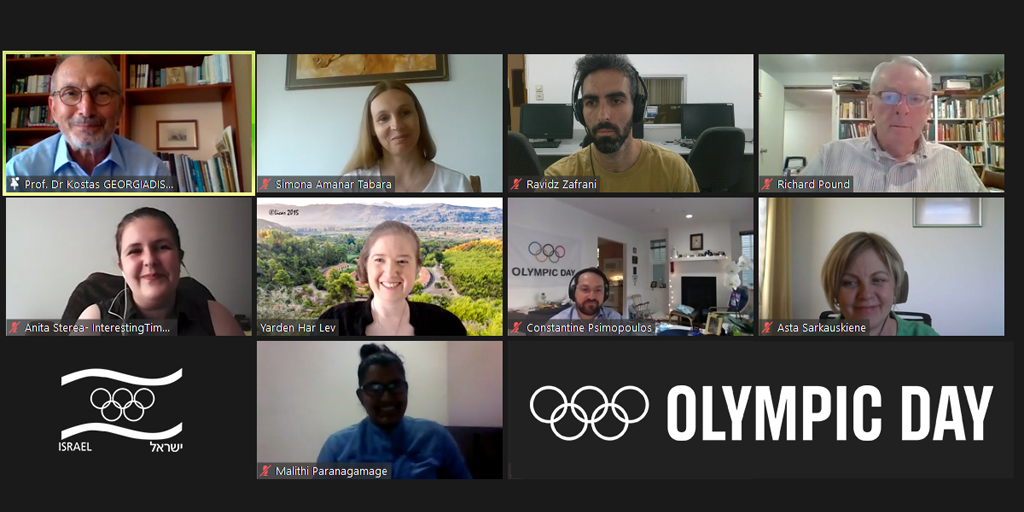 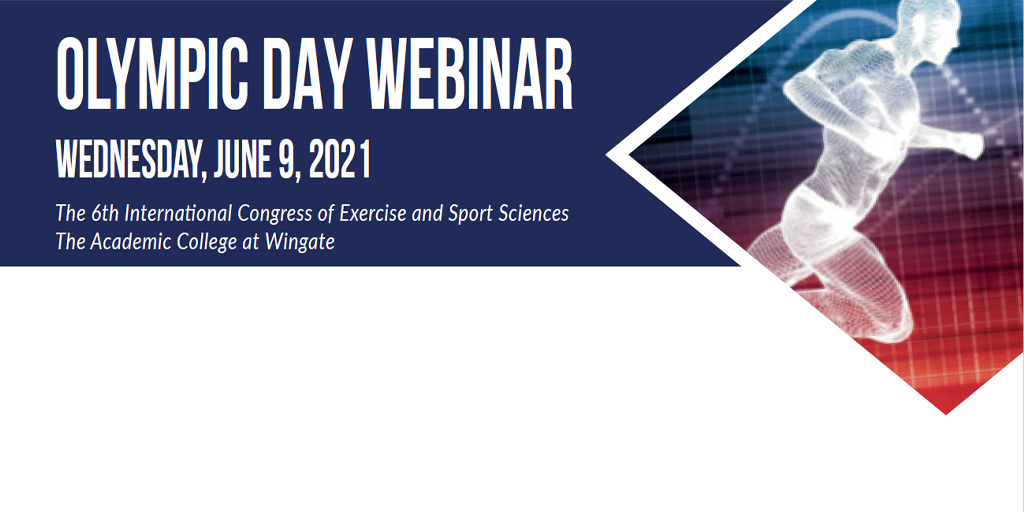