On 17-18 October, several members of the EOA Executive Board gathered after more than a year’s hiatus due to travel restrictions caused by the Corona pandemic.

The occasion was the inauguration of the new IOA premises and the lighting of the Olympic Flame for the Winter Olympic Games in Beijing 2022, which will start in less than 100 days.

In the first event on Sunday, the beautiful new building was opened by IOC President Thomas Bach, accompanied by the HOC President, IOC Member for Greece and President of the European Olympic Committees, Spyros Capralos, and the IOA President Isidoros Kouvelos.

The IOA now provides new functional accommodation spaces, as well as new restaurants, classrooms and sports facilities. In addition, a biological treatment plant has been introduced without affecting the external appearance of the buildings, which have retained their historic, original appearance.

On Monday, 18 October, the Olympic Flame was then traditionally lit in Olympia, starting the Torch Relay.

In the presence of IOC President Thomas Bach, the Greek President Katerina Sakellaropoulou and a small delegation from China, Greece and the International Olympic Committee (IOC), a priestess portrayed by the actress Xanthi Georgiou lit the flame according to ancient custom at 11:09 CEST in the Temple of Hera with the help of a parabolic mirror.

The first bearer of the torch was ski racer Giannis Antoniou, a 2018 participant in the Pyeongchang Games. The flame was carried from Olympia to the Acropolis in Athens and remained there overnight. Then, on October 19, 2021, the torch was handed over to the Chinese organizers in the former Panathinaikon Stadium, venue of the first Olympic Games in modern times in 1896. Afterwards, the torch was transported to China by plane. 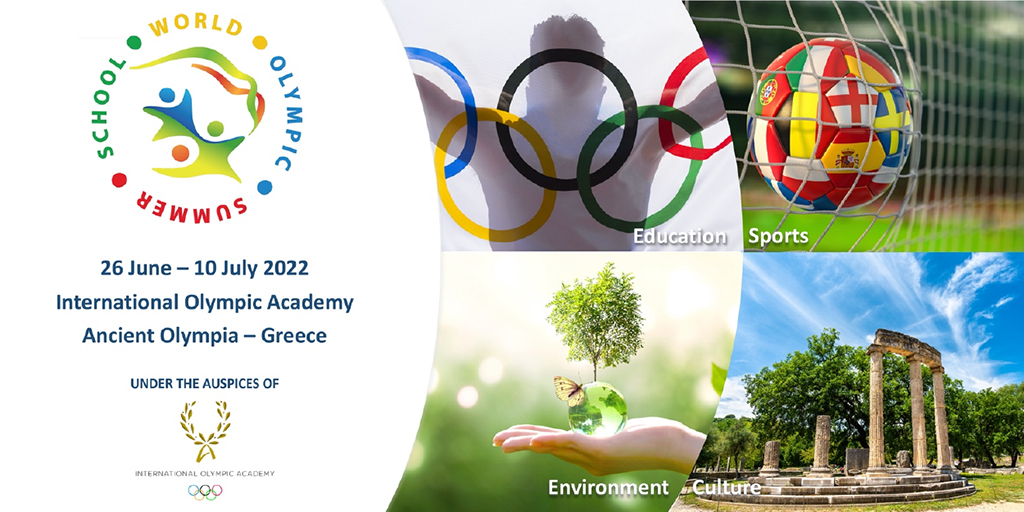