In difficult times like the present, political issues permeate our everyday lives. The importance to fight for peace is becoming more and more prevalent, and consequently, roles are also being reconsidered and redistributed. This begs the question: how can such a social entity like sport contribute to peace or what role does it play in such times?

Tuesday, 22 November 2022, saw a conference on this and other pressing issues in the Olympic Movement within the framework of the EOA Congress Frankfurt, moderated by Revo Raudjaerv, an Estonian sports journalist and member of the Estonian Olympic Academy. Juergen Mittag and Simon Rofe made the start with the first session “Politics & Peace”.

Check out the other Conference logbook parts 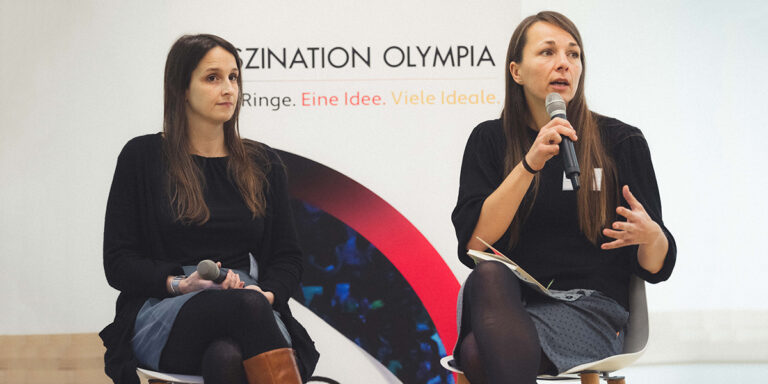 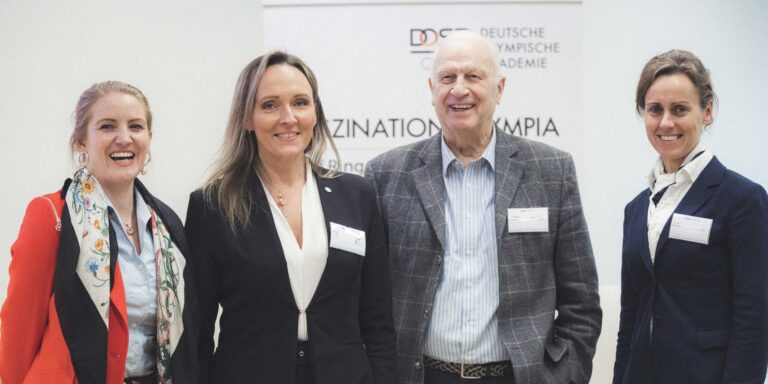 Prof. Dr. Juergen Mittag is a Professor at the German Sport University Cologne where he is Head of the Institute of European Sport Development and Leisure Studies. His studies in political science, medieval and modern history and German literature paved his way for later positions as managing director at the Institute for Social Movements of the Ruhr-University Bochum from 2003 to 2010 and the Jean Monnet Professor Chair since 2011.

First, Mittag introduced his lecture “The Power of Sport in Times of War: Possibilities and Constraints of the Olympic Movement between Political Neutrality, Soft and Hard Power” with a quote from Bach at the G20 Leaders’ Summit in Bali, saying that sport per se has nothing to do with politics and pointing out the neutrality of sport. Here, Bach spoke of the fact that in view of the current political situation, especially between Ukraine and Russia, Russian and Belarusian athletes were excluded after discussions. Bach believes that, if this leads to the normality of excluding athletes, international sport – as it is – would collapse.

“In contrast to the far too many other wars and conflicts in our world, regarding this war (in Ukraine) some governments started to decide which athletes would be allowed to participate in international sports competitions – and which not. […] They did and they do so purely on political grounds. If sport becomes in this way just another tool to achieve political goals, international sport will fall apart.”

Mittag turned towards the strategic use of sport diplomacy and drew attention to so-called “soft and hard power”. Soft power would be influencing others to pursue the same goals as the power exercising soft power. Hard power is the use of economic and military measures. He presented both as essential concepts to international relations, but supposes them to be reviewed and amended, so that they fit to the current time.

Mittag also provided numerous examples from the past and present where sport or an event within sport has been used to state grievances or to make a “political” statement. This raises the question of how diplomatic the sport can ultimately be.

He further drew attention to the current political situation in view of the Russian war in Ukraine. The IPC suspended Russia and Belarus from the Paralympics and their football teams were excluded from the World Cup. So there were swift and coherent consequences for the Russian invasion of Ukraine.

He questioned whether there would be a so-called “turning point” in the world of sport and diplomacy. In autumn 2022, it was contemplated whether Russian and Belarusian athletes would not be able to take part in international competitions after all, in case of an obvious distancing from the political situation. Be it as it is, the European federations remained steadfast in their opinions that such athletes are and will remain excluded from competitions until further notice.

Furthermore, Mittag challenged sport as a means to peace and development. There may certainly exist positive effects of sport, as one could see from the given examples. However, Mittag argued that sport should not be used as an instrument to achieve political goals and relates to IOC President Bach who is convinced that this would lead to the collapse of international sport.

At the end, Mittag reflected on a so-called and even “hard diplomacy” in sport.

Complementing, Simon Rofe took over with his presentation on “Sports Diplomacy: a conceptual practice”. Dr. J. Simon Rofe is reader and associate professor in International Studies at the School of Politics and International Studies of the University of Leeds. In a high number of activities, Rofe’s expertise and knowledge in his field becomes clear: not only does he lay his academic focus on researches on the realms of sport and diplomacy, but also he uses his knowledge in his various influential positions such as a standing member of UNESCO’s Intergovernmental Committee for Physical Education and Sport (CIGEPS), Visiting Professor at the Centre of Sports Law, Sports Policies and Sports Diplomacy of the University of Rijeka, as Senior Advisor to the UNESCO Chair in Sports Law at Universidad Carlos III de Madrid, among others.

He began his presentation by explaining why it is important to address diplomacy in sport. Rofe emphasised the individual agency and role of institutions and illustrated the following example: He addresses many examples like a picture that showed two government representatives and an Argentinian player of the Manchester City Club, which belongs to the state of Abu Dhabi and is supported by China. This example, he argued, clearly shows how many international actors meet in the context of sport. He followed this with many present-day examples, not least the refusal of the Iranian football team to sing the anthem at the current Qatar Football World Cup.

Stating that Sport has a “great convenient power”, Rofe referred to sport being the origin of a lot of events and gatherings of like-minded people who want to inspire and make a difference in the world, like the EOA Congress. Sport provides priceless moments and has the power to bring people together. Sport has a unique power, Rofe said and points out that during the Covid-19 lockdowns, sport was the only thing that gave people the opportunity to practice life when almost every other aspect was prohibited.

Rofe brought up Lord Sebastian Coe’s famous quote, “fundamentally, I believe sport is the best diplomat we have” whose message he supported. The three fundamental characteristics to diplomacy are representation, communication, and negotiation. As Rofe argued, “the sweet spot” of all three coming together gives an opportunity which can either be taken or missed by organisations and institutions. It is an ephemeral opportunity.

Consequently, sport diplomacy is an intersection and a network enabling reflection, practice as well as development. He further talked about five dimensions in the context of sport diplomacy. “Sport Diplomacy is the explanatory overlay to the network of evolving networks within the worlds of sport and diplomacy”, he explained, drawing attention to both risk and opportunity.

The first dimension focused on using sport to achieve the goals set to “change the world”. The interplay between sport and international goals such as the SDGs would create a potential to advance the realisation of peace.

The second addressed dimension deals with sports law and sports ethics. Laws in sport are not merely reduced to their visibility on the field of play, but rather go beyond that. So-called diplomats in tracksuits form the third dimension, which is about athletes carrying a certain role as diplomats. Their task is to take over word-of-mouth communication and represent certain values.

Sustainability and monetary policy form the fourth and fifth dimensions.

However, developing a plan for the strategic use of sport as a diplomat faces a variety of challenges, such as prejudices, historical backgrounds or even costs. Nevertheless, there are a multitude of organisations working to do just that.

As a takeaway, Rofe points out the two worlds of sport and diplomacy and how important it is to understand sport in order not to miss diplomatic opportunities. He concludes his lecture with a quote from Pope Francis (2010):

“Sport is a universal language that embraces all peoples and helps to overcome conflicts and unite people. Sport is also a source of joy and great emotion, and it is a school where virtues are forged for the human and social growth of individuals and communities. I wish you all the best in both life and sport.”

For further questions or comments, feel free to get in touch with the lecturers. 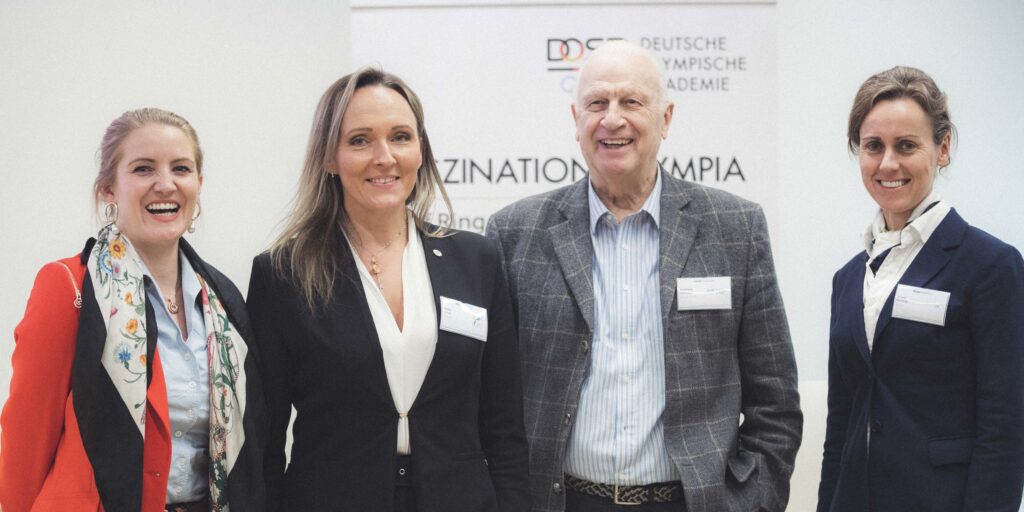 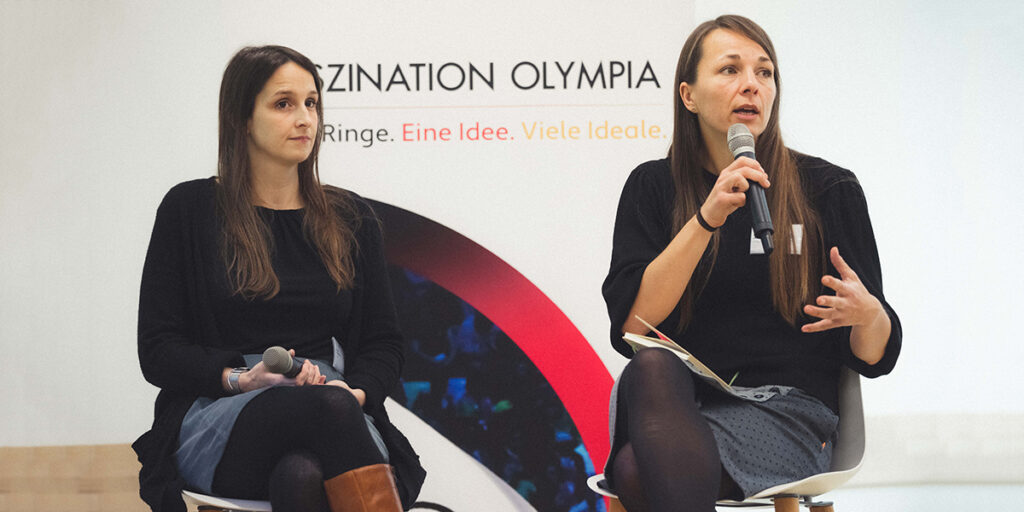 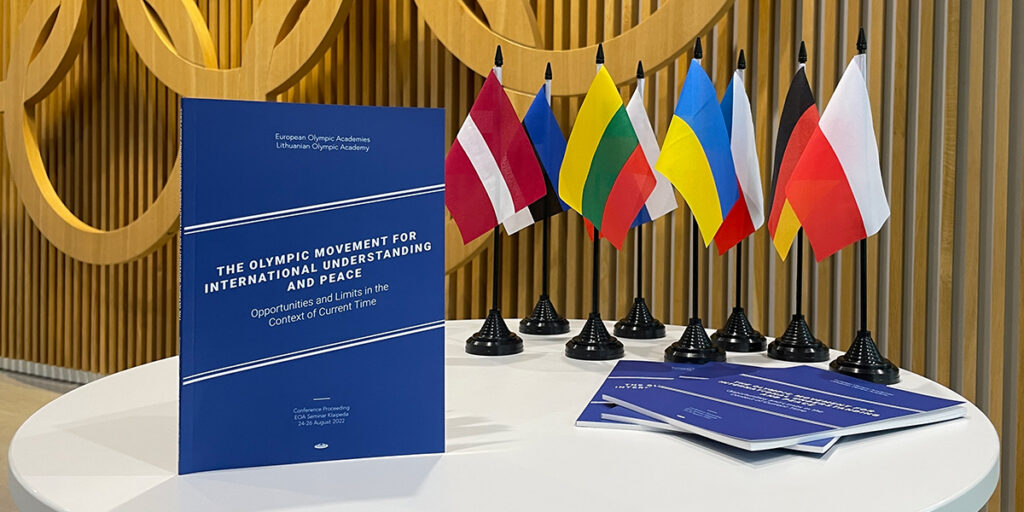 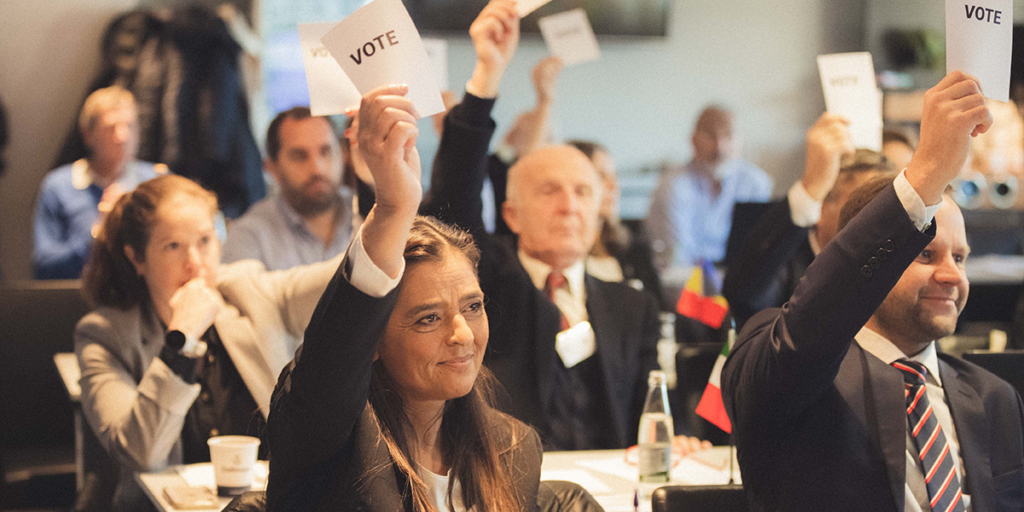