The Olympic spirit moved on even in an out-of-character year in which the Olympic Games were postponed. In 2020, 100 years after the first official presentation of the Olympic flag, the author and professor of comics Mihai I. Grăjdeanu proposed to mark this historical moment by initiating the first edition of the Comics Olympics, a unique national comics competition by promoting the Olympic spirit and awareness of national, European and international cultural values among primary, middle and high school students.

This year’s edition of the Comics Olympics was released online on 5 March 2021 and brings us closer to the Romanian Olympic champions’ stories to the Heroes of Romanian sports (the theme of the competition in 2021). The project is carried out under the auspices of the Romanian Olympic and Sports Committee, in partnership with the Romanian Olympic Academy and the Museum of Bucharest. With the support of the County Library “George Baritiu” Brasov through the Center of Excellence for Children and Youth, public and school libraries across the country joined the project, and hundreds of children across Romania entered into the mysteries of the 9th art.

“My first comic strip as a comics author was a graphic novel, a subject inspired by the world of sports. Two passions, sports and comics, which I combined throughout my career and which made me constantly reflect on the real landmarks in life. We are increasingly wondering how we can motivate students to learn and capture their attention to pass on the necessary knowledge. The children of the current generation need more. Comics are a universal language. It transmits messages that can transcend any boundaries. As an author, as a comic book teacher and the unique experience gained in Romanian schools, my activity inspired me to initiate a national competition entitled Comics Olympics.”

Mihai Ionuț Grăjdeanu, author of the idea and the new concept dedicated to Comics.

“I really liked the spontaneity of those in the second and third grade. You can see this joy of childhood, this imagination that is not burdened by all sorts of other criteria. Then it is that spontaneity that conquers. I also saw more elaborate drawings of older children. It can be seen that they went through a certain experience, they gained more landmarks in drawing, and they progressed in this field. And of course, we can value them on another level, but each of them has this joy of creation. Because they do not create in favour of direct interest, they do not have any material stimulation. They do it for the sheer pleasure of expressing themselves through this artistic means. Spontaneity, initiative, imagination are what urge any child to do such a thing. This innate passion can be seen in everyone from an early age. Of course, some are better, some less good, because that’s how it’s always in life. But real cartoonists, future cartoonists, can be seen from now on, from this young age.”

Valentin Tănase, artist, sculptor, comics author and President of the Comics Olympics Jury in 2020 and 2021. 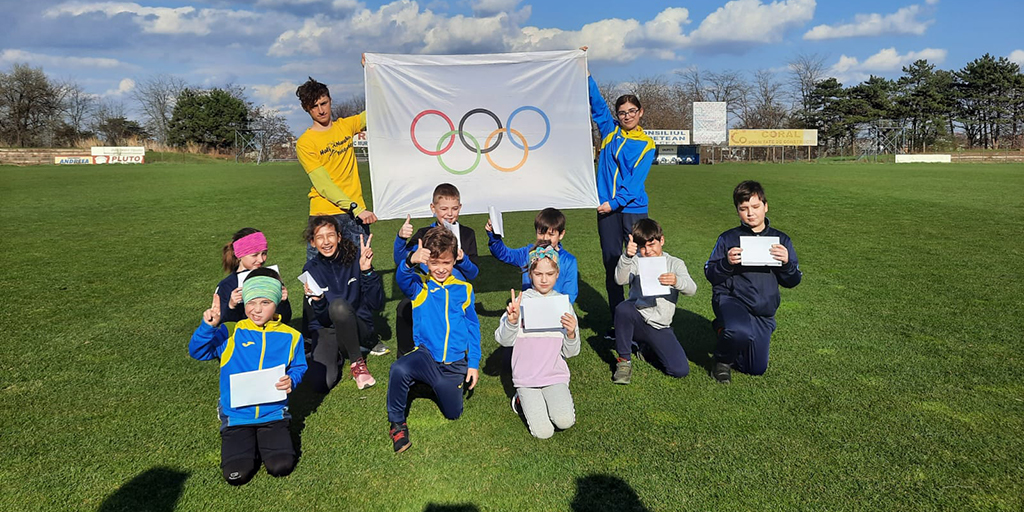