On 15th December 2021 the Russian Olympic Committee (ROC) Commission on Olympic Education hosted an online forum to discuss the adaptation of Olympic education to virtual learning environments in response to the Covid-19 pandemic. The Central Olympic Academy of Russia (COA) was represented at the Commission meeting by President Natalia Melnikova, Vice-President Vitaly Melnikov and Executive Director Alexandra Nikiforova.

The Commission meeting featured a number of presentations on Olympic education delivered by the COA and representatives from the Smolensk Regional Olympic Academy. The ROC Olympic Education Commission then held discussions on the information presented and issued three concluding recommendations which were primarily focused on increasing the online provision of Olympic education in response to challenges of the Covid-19 pandemic.

Of particular interest to other EOA members was the presentation from Konstantin Efremenkov of the Smolensk Regional Olympic Academy, who shared Smolensk State University of Sports’ (SSUS) key mechanisms for disseminating Olympic education in mixed and distance learning formats. These include additional training for educators to produce online didactic materials for students and introducing creative activities such as quizzes on Olympic topics and interactive games.

To conclude the meeting, the ROC Commission on Olympic Education recommended that regional Olympic Academies and higher education institutions contribute to the new national online “Knowledge” portal which launches in March 2022 and that the Commission would test online access options for the “IOC Model” project by June 2022. In addition, the Commission recommended the implementation of the Smolensk Olympic Academy’s approach to Olympic education during the pandemic across other sports and Olympic institutions in Russia.

The full presentation on Olympic education during the Covid-19 pandemic by SSUS can be read here. 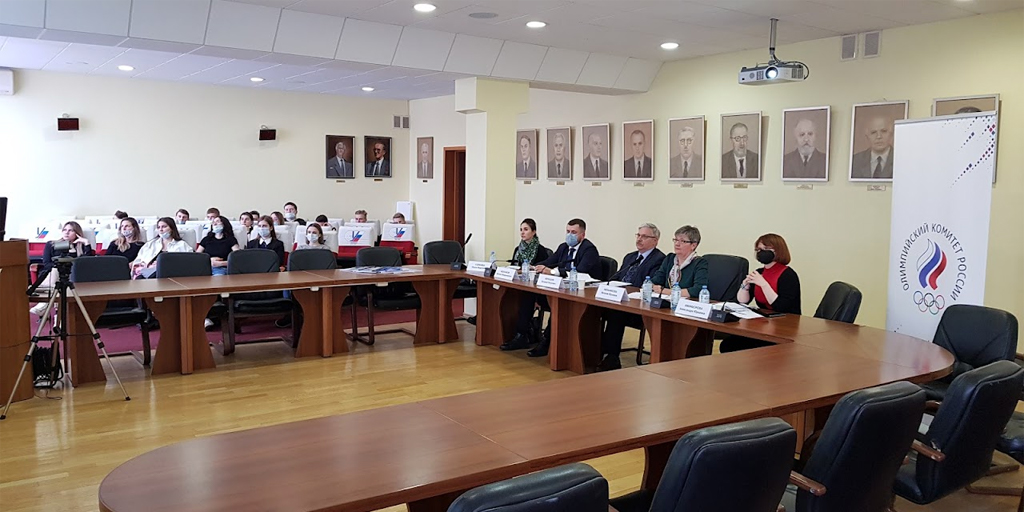