For the NOA of Portugal, 2020 ended with two of the most important events that take place every year: the Annual Session and the Anniversary Celebration, both usually considered as moments of public affirmation of the Academy.

The 31st Annual Session was held under the central theme of “Education through Olympism” on 25 and 26 November via video conference, attended by a total of two hundred participants. The Session’s programme consisted of three presentations, a report by the Portuguese representative at the 2019 IOA Annual Session for Young Participants and two round tables with six Olympic athletes.

This Session was initially scheduled to take place on 30 and 31 March 2020 in the southeastern city of Beja but had to be postponed due to the pandemic declaration earlier this month. Nevertheless, the partnership was maintained with the Beja Polytechnic Institute, the primary source of participants, especially among sports management students. The lectures were delivered by Gustavo Marcos (Ancient Olympics), Alexandre Mestre (Olympic Charter) and Teresa Rocha (Pierre de Coubertin).

On 5 December, the NOA celebrated its 34th anniversary with a lecture by the President of the National Swimming Federation, António José Silva, on “Sport in Pandemic Times”. After summarising the pandemic’s central moments’ impact on Portuguese sport in recent months, the speaker expressed concern for all those young athletes who gave up practicing sport without having a visible alternative for safe and healthy activity.

But António José Silva did not fail to offer a word of hope for the near future. The resolution of the pandemic problem will bring significant challenges both in terms of the practice of sport and ethical values. 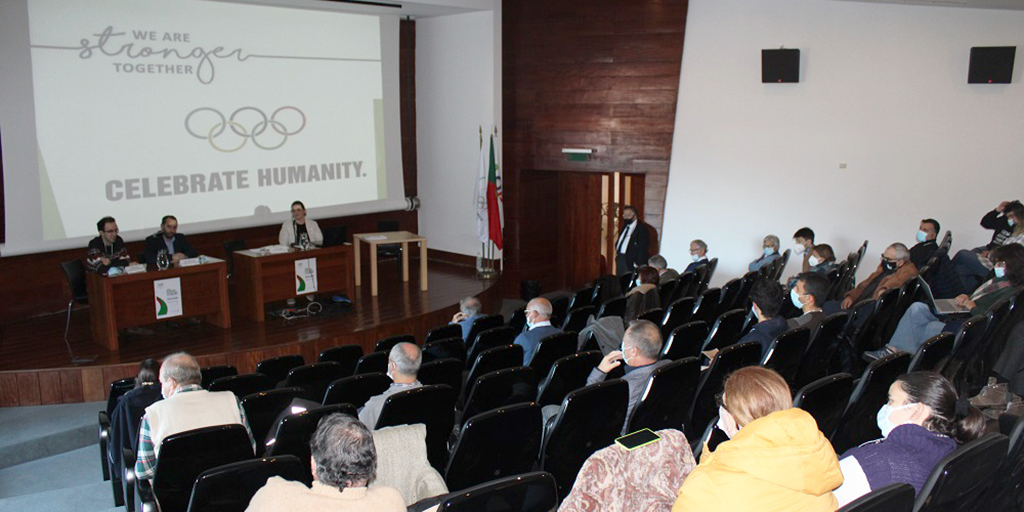