In view of the current change dynamics in Olympic sport, the field of athletes’ employment relationships is also facing fundamental challenges. While the organised sport has traditionally been characterised by amateurism, voluntary commitment and prestige, increasing professionalisation and commercialisation have transformed both the structures and the perception of Olympic sport.

Against this background, demands for an improvement of the conditions of the social and professional environment of Olympic athletes have become increasingly stronger from a growing number of athletes in recent years. This development can be explained by a contradiction: On the one hand, Olympic athletes are celebrated stars and public heroes; on the other hand, they are exposed to difficult financial situations, precarious working conditions and a lack of social protection.

The Erasmus+ funded project EMPLOYS (“Understanding, Evaluating, and Improving Good Governance in the Employment Relations of Athletes in Olympic Sports in Europe”) addressed this issue in a two-year process of research and stakeholder exchange.

Following the completion of the first project phase (“Understanding”) from June to December 2021, the partners published a first “Fact Report” as an empirical evidence base of the legal and socio-political landscape defining the working and social relations of athletes in Olympic sport in 29 European countries and the European Union (see report).

In the second phase of the project (“Evaluating”) from January to June 2022, the project team focused on the evaluation and assessment of current practices and pursued the goal of developing context-specific dimensions and principles for appropriate employment and social relations of athletes in Olympic sport in Europe. Embedded in a second report (“Evaluation Report”) entitled “Good Governance in the employment relations of athletes in Olympic sports in Europe”, the project partners first developed a normative-value-based concept that describes the fulfilment of specific socio-political rights of athletes as “good governance”. The latter, derived from legal and political frameworks and policy documents of the UN, EU and ILO, and relevant academic studies, reflect both context-specific and universally applicable political, social and civil rights of athletes from an ethical and moral perspective.

Numerous events to discuss the findings with stakeholders

By comparing the current state (Fact Report) with the requirements set out by the Good Governance Principles, the EMPLOYS team then reviewed the current practices in the countries by identifying positive and negative examples of practice. Until the end of August 2022, the stakeholders identified by the project team (e.g. Ministries, National Olympic Committees, sports federations, athletes’ associations) were able to share their perspectives and criticism on the 27 good governance principles via a survey tool. Subsequently, the good governance principles were finalised by the researchers of the project team in an Evaluation Report after assessing the structures, mechanisms and programmes in the respective national settings and identifying best practices.

In the third final phase of the project (“Improving”), the participants of the survey were also asked which of the involved actors (should) bear a particular responsibility for the fulfilment of the individual principles. Taking into account this systematic stakeholder feedback, the project partners have formulated practical recommendations for action and policy for different groups of actors to improve the professional and social situation of Olympic athletes in Europe in the short, medium and long term.

The final project results and practical implications and recommendations were aggregated in a third (final) report at the end of 2022 and publicly discussed at a final conference in Brussels on 6 December 2022.

8 theses of the EMPLOYS project

The elite performance of athletes in Olympic sports produces economic gain and is the reason for the spending of substantial amounts of public money.
Olympic elite athletes provide their services in an environment of subordination.
Sport Governing Bodies have a significant degree of control over the career of Olympic elite athletes.
The situation of athletes’ employment and social relations can be precarious.
Good Governance in Olympic elite sport requires a systemic approach that places athletes’ rights at its centre.
Athletes’ employment relations rights can be fulfilled through different ways; while worker status is preferable, the actual practice (of the involved stakeholders) is important.
Contracts, social dialogue and collective bargaining are important tools of Good Governance in athletes’ employment relations.
Interaction and coordination between the national and trans-/supranational levels remain a key challenge for effective athlete-centred policies.

The Erasmus+ SOPROS project “Assessing, Evaluating and Implementing Athletes’ Social Protection in Olympic Sports” is ready to continue the discussion on athlete relations. With a duration of three years (start in January 2023), this project aims to focus on the specific topic of the social protection of athletes and to develop concrete solutions for current problems in a dialogue-oriented process. The EOA will again be involved as a partner for the representation of sport governing bodies.

Stakeholders that sent panelists to the EMPLOYS Multiplier Sport Events 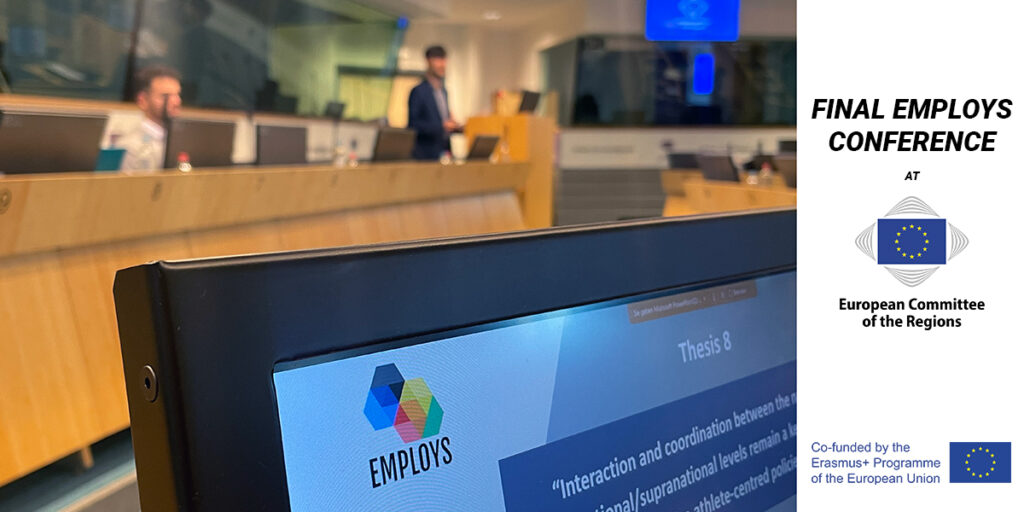 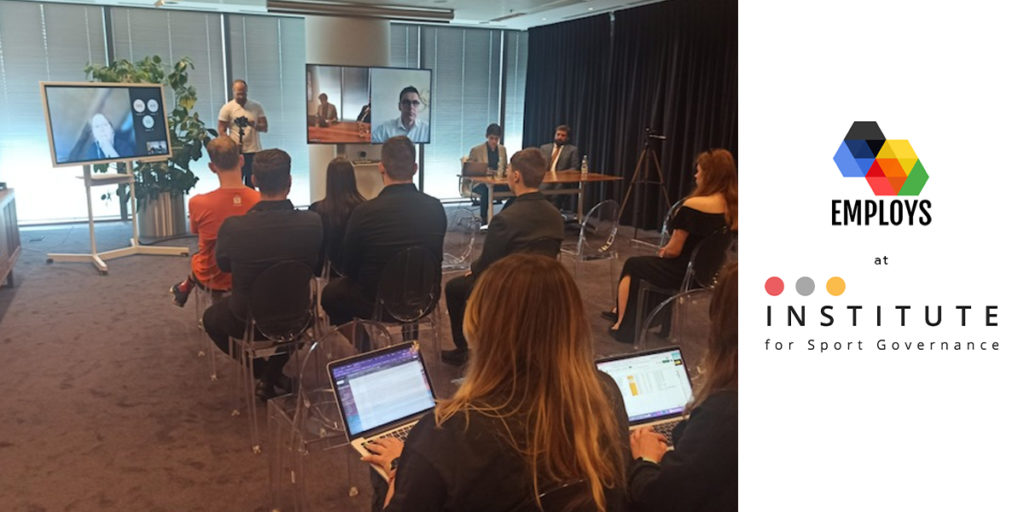 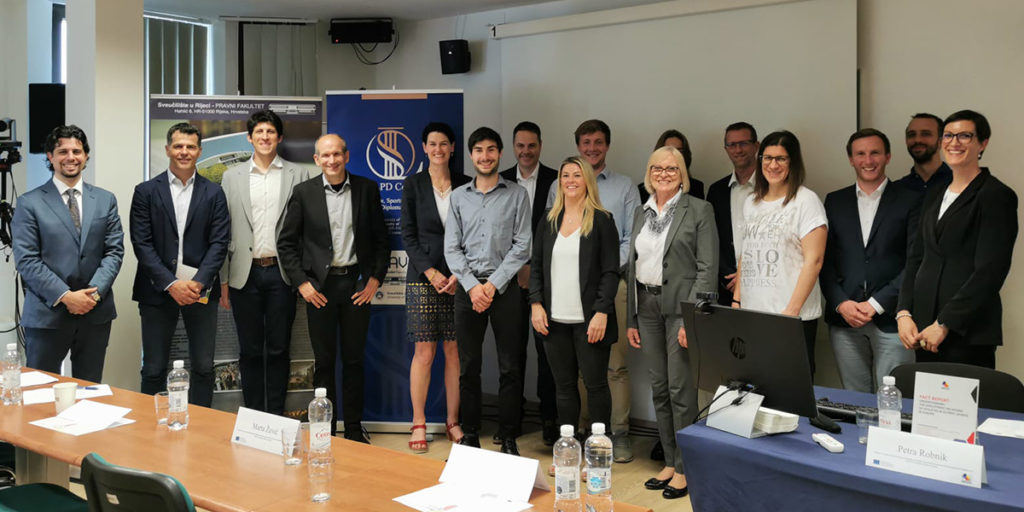 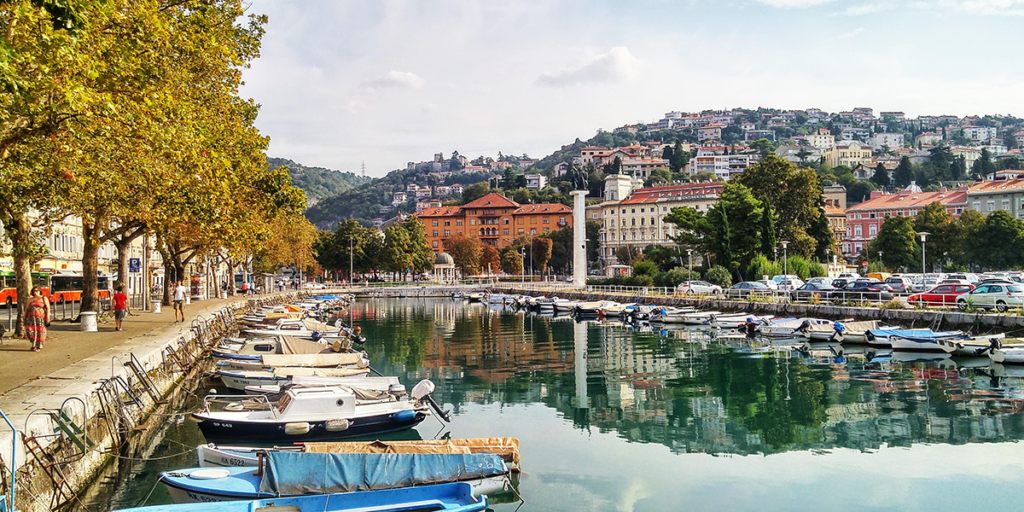