The 8th Biebricher Schlossgespräch (Biebrich Castle Conference) of the German Olympic Academy (DOA) took place in Wiesbaden on 5 May, 2022. 100 invited guests from sports, politics, business and the media attended the annual event. This year, the focus was placed on the challenges and perspectives of Olympic and Paralympic sports. In addition to the conference, EOA President Manfred Laemmer, who chairs the jury of the Fair Play Award of German Sport awarded the annual trophy to the President of Eintracht Frankfurt, Peter Fischer, as well as a special prize to the Olympic gymnast, Sarah Voss.

The beginning of the event was reserved for the obituary and commemoration of the former host and ZDF sports director Dieter Gruschwitz, who died unexpectedly in March at the age of 68. The moderator for the evening was Eike Schulz, who accompanied Gruschwitz for many years in the ZDF sports editorial department.

DOA Chairperson Prof. Dr. Gudrun Doll-Tepper referred to the 15th anniversary of the DOA in her welcome address and remembered its namesake Willi Daume. “He was an outstanding leader in German and international sport who succeeded in bringing the 1972 Olympic Games to Munich. I would have liked to welcome his son, Kay Daume, but unfortunately he cannot be here today,” said Doll-Tepper.

The first important impulses of the evening were provided by the President of the German Olympic Sports Confederation (DOSB), Thomas Weikert, in his digital presentation. He began by focusing on the war in Ukraine and emphasised the solidarity of sport with Ukraine and the support of refugees and athletes who have found protection and new training opportunities in Germany. Weikert also reiterated the national and international sanctions against Russian and Belarusian athletes and officials.

Another important topic of his speech was the social and international significance of the Olympic Games, also for Germany. While the 1972 Munich Games exactly 50 years ago were characterised in a special way by a spirit of social optimism and sustainability, a future bid would also have to focus on topics such as infrastructure, technology, climate change, environmental protection and economic efficiency. “One thing is certain,” says Weikert, “for the Olympics, everyone, everything must move and grow beyond themselves and pull together. The Olympic movement is on the move. It is certainly not waiting for Germany.”

A panel of experts then discussed various points of view on the current challenges and perspectives of Olympic and Paralympic sport. The athletes’ representative and DOSB Executive Board member Fabienne Königstein, Prof. Dr. Jürgen Mittag, Professor of Sport Politics at the German Sport University Cologne, Frank-Thomas Hartleb, Sports Director of the German National Paralympic Committee, and FAZ Head of Sports Anno Hecker took a clear stance. They agreed on one point in particular: the awarding of the last major international sporting events and the war in Ukraine had shown that the classic separation of sport and politics was hardly possible anymore.

From a sporting point of view, Frank-Thomas Hartleb looked back on the Paralympics in Beijing with satisfaction: “Team D Paralympics was so successful and the coverage was more extensive than ever before. The war in Ukraine was dealt with intensively on site and this was also communicated to the spectators in Germany. There was also a discussion about the different ways of promoting sport around the world. Hartleb clearly criticised the German system: “I believe that there is not a lack of money in circulation – it is just being used in the wrong way. At the end of the discussion, Anno Hecker called for more physical activity in society: “If we motivate everyone to do sport, then we don’t need to worry about more medals in Germany.” However, according to marathon runner and athlete representative Fabienne Königstein, there is a lack of trained coaches who can teach our children the fun of sports and the values of sport at an early age.

Every year, the Fair Play Award of German Sport honours outstanding moments and initiatives that exemplify fair play. The prize was awarded during the 8th Biebricher Schlossgespräch. The sponsors are the DOSB and the Association of German Sports Journalists (VDS). For 2021, Peter Fischer, President of Eintracht Frankfurt, was chosen for his many years of socio-political involvement.

In his laudation, Alon Meyer, Chairman of Maccabi Germany, underlined Fischer’s exemplary commitment and his clear positioning against racism, antisemitism and extremism. The President’s idea that all people are equal, regardless of religious and ethnic affiliation, is carried by him into the association. As Peter Fischer was unable to attend due to the Europa League semi-final being played at the same time, the Fair Play Award of German Sport was presented to him the day before by jury chairman and EOA President Prof. Dr. Manfred Lämmer in the Riederwald stadium.

Team D gymnast Sarah Voss was awarded a special prize. At the European Championships in Basel 2021, she was the first athlete to compete in a full-body suit, sending a strong signal for self-determination in the choice of her competition attire and thus also against sexualisation in sport. Gymnastics Team Germany had developed the suits together with the then head coach Ulla Koch and presented them for the first time in Basel. In her laudation, Michaela Röhrbein, Head of Sports Development at the DOSB, praised Voss’s courageous step and referred to the impetus given by the German female athletes to a worldwide debate on the topic in the classic and social media.

Proposals and nominations for the Fair Play Award 2022 can be submitted until the end of the year. 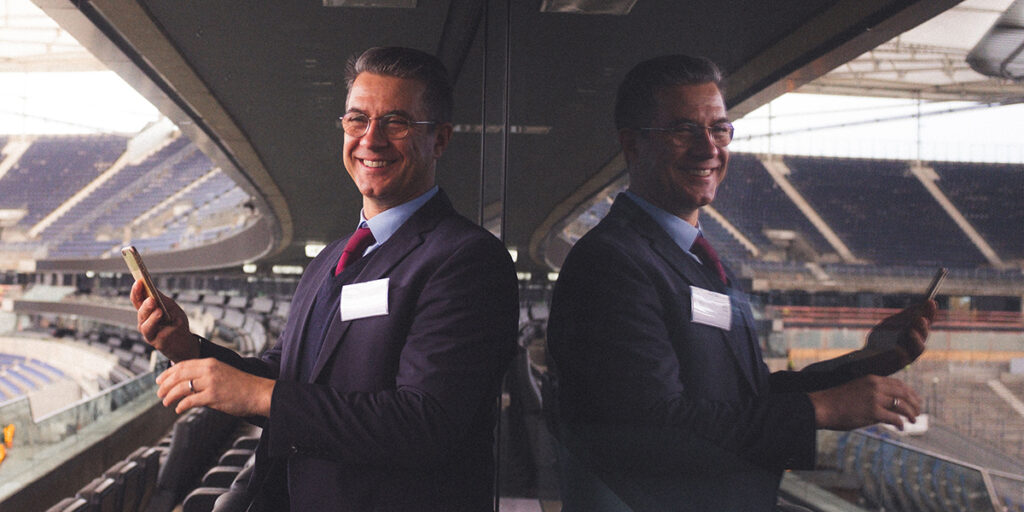 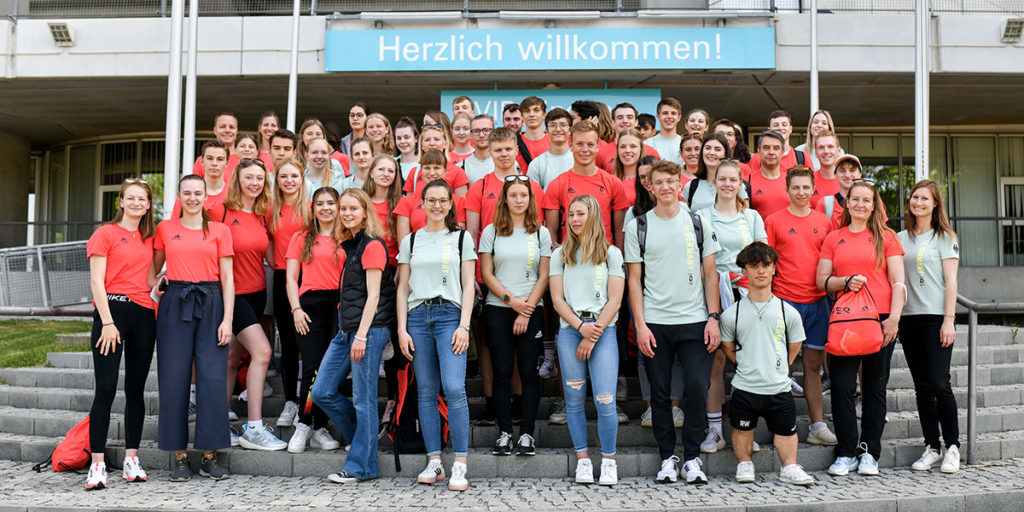 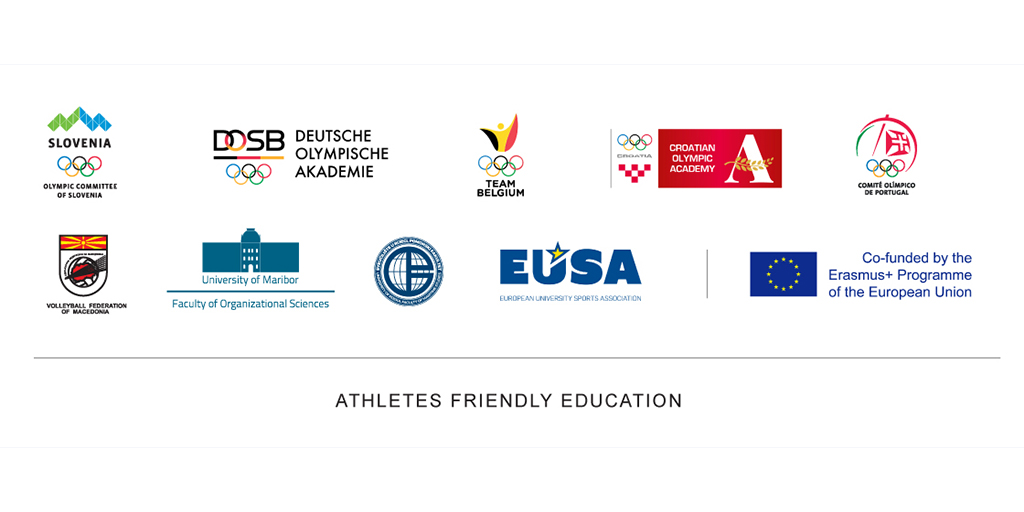 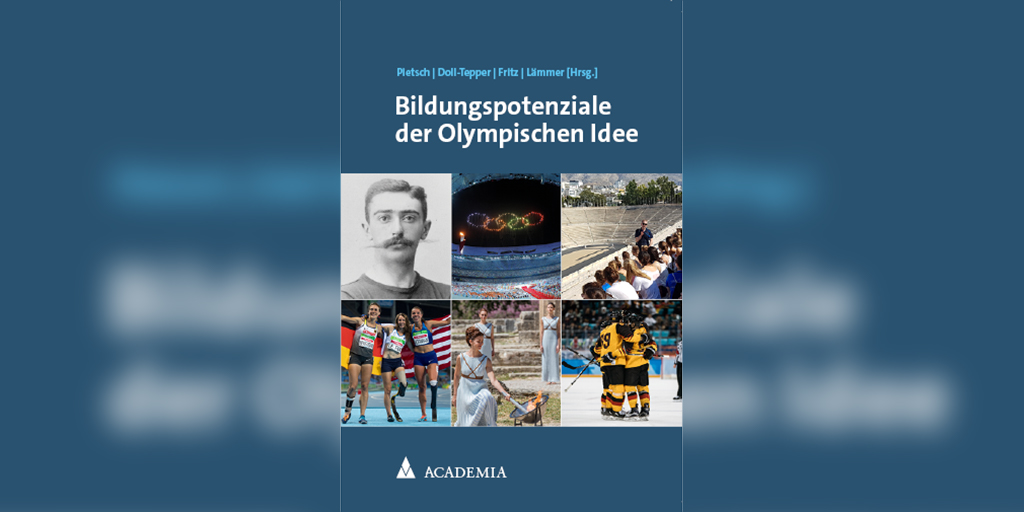